The other day I was looking through my collection of book cover designs and realized that one book was cropping up way more than any others: Vladimir Nabokov’s disturbing and classic Lolita, narrated by the protagonist Humbert Humbert, perhaps the most famous pedophile in modern literature. The enigmatic characters and plot of Lolita have drawn designers to it over and over. How to best capture the horrifying sexualization of a 12 year old girl? How to design an image for the story of a monster, but somehow convey that monster’s point of view?

However, as I was gathering the covers together I realized that there may be another reason, beyond the draw of its literary merits, that there are so many designs out there. Apparently three years ago the architect and blogger John Bertram put on a Lolita cover competition due to a personal belief that most previous designs had misrepresented the nuances of the novel and that designers could do better. His issue, described in an Imprint article on this competition, was that “she’s chronically miscast as a teenage sexpot—just witness the dozens of soft-core covers over the years. [but] ‘We are talking about a novel which has child rape at its core.'” The results of this contest are apparently being gathered together into a book, Lolita: Story of a Cover Girl, due out August 2013.

If you have a second I would definitely recommend reading through that Imprint interview with him that I linked to above. Bertram has some interesting stuff to say on the role of the designer, the difficulties of such a nuanced and sensitive subject, and the responsibility of a designer to do justice to such a literary work of art and not short change it. Perhaps, even add to it:

I was interested to see what well-known designers might come up with when freed from editors, publishers and art directors and the constraints implicit in the marketing and selling of books. The result, I think, is a sort of meditation on what it means to create a cover for a complicated book, but it’s also about how a cover can add to or change the book’s meaning. In other words, there is a sense in which it’s a two-way street, which gives the designer tremendous power but also demands responsibility.

So, here is my collection of covers, some of which I found were part of Bertram’s contest, and some of which weren’t. Enjoy, and let me know which is you think best represents the enigmatic Lolita. 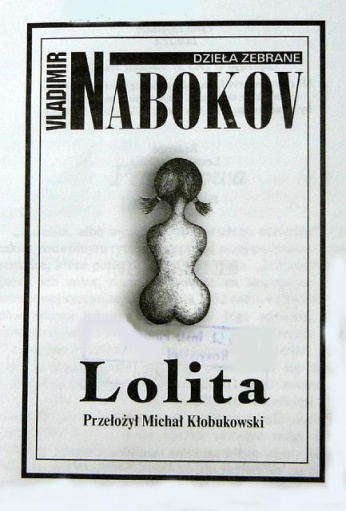