Do you know what a murmuration is? The first definition is what it sounds like, the act of murmuring. Its second definition, however, is a group of starlings. Groups of different animals have different names, from a herd to a flock to a swarm to a school. Some animals have very specific names, including a gaggle of geese and a murmuration of starlings, or on the more sinister side, a murder of crows and an unkindness of ravens.

(You really have to see the birds in motion to understand how amazing they are.)

I’ve only ever seen a murmuration once, when I was studying abroad in Florence in the fall of 2008. According to this great Quick Guide on murmurations, this was the exactly the right place to be in order to experience it: “[this] mesmerizing act is typically seen at dusk throughout Europe, between November and February. Each evening, shortly before sunset, starlings can be seen performing breathtaking aerial manoeuvres, before choosing a place to roost for the night. These range in number from a few hundred to tens of thousands of birds.”

It is such a beautiful phenomenon, and such an awesome word; I’ve always loved sharing it with people. So when I needed to chose a visual theme for a book I was assigned on typography this semester, I decided to go with starling murmurations. The idea was to use it as a inspiration for the abstract illustrations and a visual metaphor for explaining the rules and concepts of typography.

I ended up having so much fun with my designing murmurations. I used the two photographs below (found on the blog Chasing Light) as a basis for some of my spreads, but everything else was based on typographic forms and abstract arrangements of curves.

I also used Processing, a programming language built for visual design, and found a program that simulated flocking situations. With the help of a computer-programming friend, I edited the program to use letterforms instead of the original triangle shapes as the flocking objects, and took screenshots of the resulting program. I combined those with abstract line arrangements and patterns of large black letterforms. Every illustration I tried to make evoke movement, wind, groups, a flock of birds, and the graceful lines formed by a murmuration of starlings. 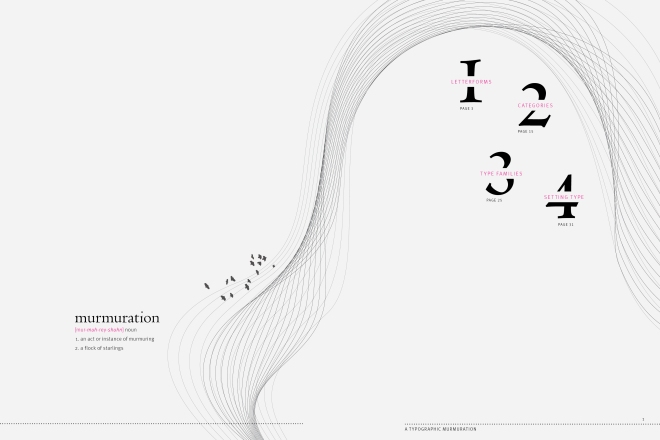 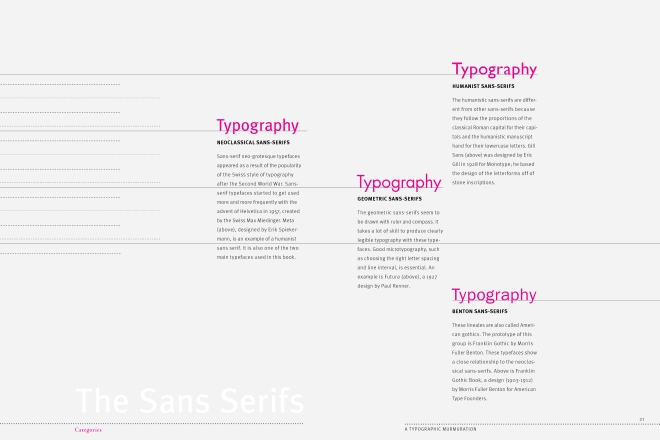 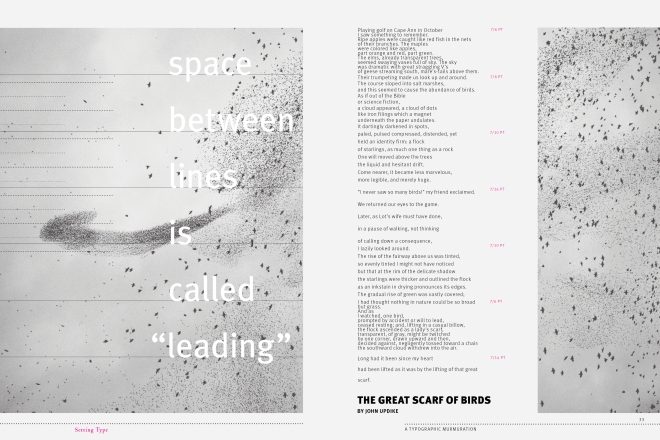